Low Energy Ion Scattering (LEIS) has developed into an indispensable tool for the analysis, characterisation and optimisation of ALD processes. In a LEIS analysis, the sample surface is bombarded with noble gas ions of some keV energy. Due to scattering with top surface atoms a specific energy loss of the projectiles is observed that allows a quantitative determination of the elemental surface composition. Additionally, information on the layer thickness can be gained when projectiles undergo scatter processes in the subsurface.

These unique properties make LEIS analysis an ideal tool for the analysis of Atomic Layer Deposition (ALD) processes. It can be used to determine the growth rate even for the first ALD cycle, to minimize the number of cycles for a pin hole-free layer closure and to evaluate the thickness variation within a deposited film.

In a project with a company specialised in Atomic Layer Deposition techniques, the LEIS analysis has been used in our laboratory to control the deposition process in order to grow a pin hole-free ultrathin WNxCy layer on silicon. Some spectra from a series of LEIS spectra obtained after different numbers of reaction cycles are given in figure 1. 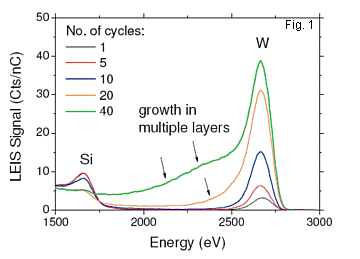 The areas of the detected peaks can be used to derive their atomic concentrations in the outermost atomic layer. After a number of cycles the W peak develops a low energy tail. This results from the growth of multiple layers. The intensity and width of the tail is a direct measure for the thickness distribution of the WNxCy layer. The asymmetry of the W peak becomes clearly visible between the 10th and 20th cycle. This indicates that a significant fraction of the surface is covered by multiple layers (islands) henceforward. This island formation appears long before full monolayer coverage with WNxCy is reached, 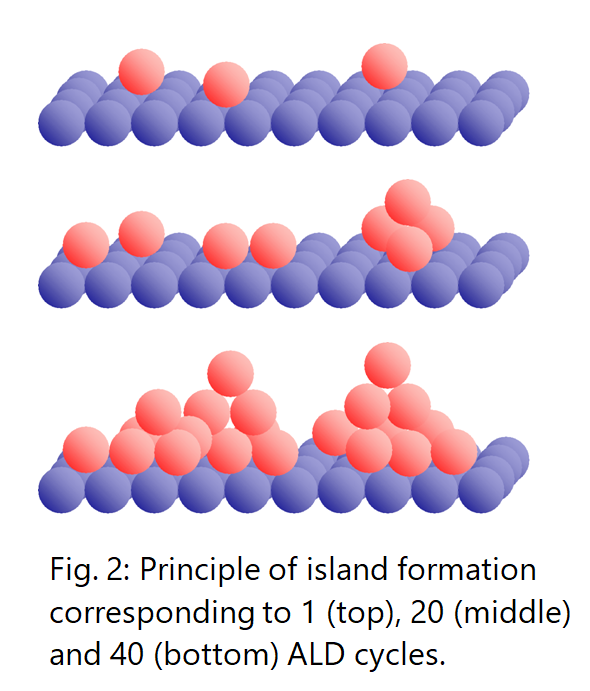 because even after 40 ALD cycles a weak Si surface signal is observed. In addition, the surface fraction of W is still increasing between 20 and 40 cycles, as can be seen from the increase in the W peak intensity.

For the used process conditions the WNxCy layer thickness after 40 cycles can be calculated from the peak shape to vary between 0 and 3 nm (see figures 1 and 2). A detailed evaluation of the Si and W surface coverage derived from the data is presented in figure 3. The rate at which the substrate is covered can be followed precisely. For instance it can be seen that the WNxCy surface coverage after 40 cycles is 93 %.

For the applied process conditions a layer growth of 0.08 nm per ALD cycle can be observed once the coverage is complete. 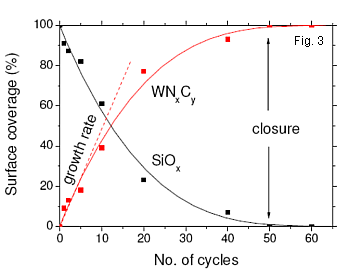 After 50 cycles of WNxCy deposition the Si peak has disappeared completely, while the W peak has reached its maximum. This indicates that the silicon oxide is covered with a complete, pin hole-free WNxCy layer.

At the Tascon laboratory, we use a modern Qtac100 from IONTOF GmbH for Low Energy Ion Scattering on samples from Atomic Layer Deposition processes. The instrument is dedicated to High Resolution Low Energy Ion Scattering (HS-LEIS) analysis. It can detect low concentrations of atoms in the outermost atomic layer in a static regime of analysis. LEIS can be performed as well on nanoparticles, catalysts, and many other sample systems. 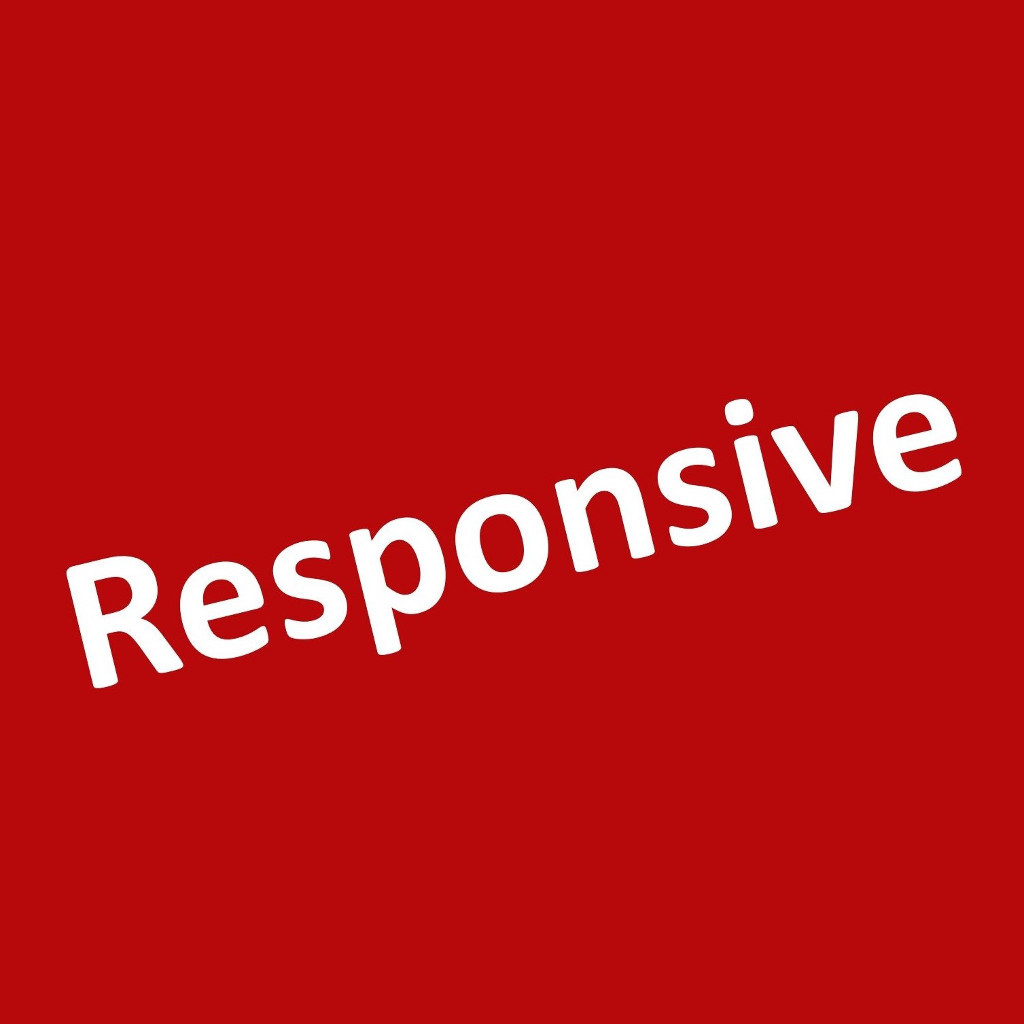